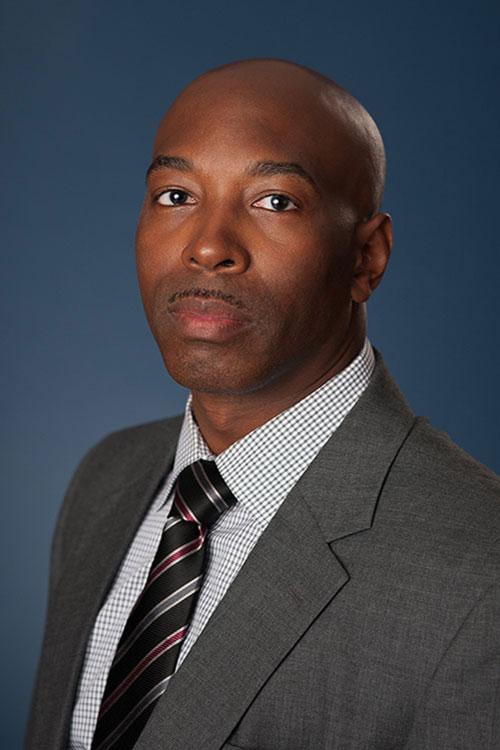 Edell Gray is licensed to practice law in Ohio and Kentucky, and also admitted to practice before the United States District Court for the Southern District of Ohio and for United States District Court for the Eastern District of Kentucky. Edell is a native of Harlan, Kentucky, and graduated in 1993 from the University of Arkansas at Pine Bluff, a Historically Black College and University. He earned his law degree from Chase College of Law at Northern Kentucky University in 1996. After law school, Edell spent one year at the Appalachian Research and Defense Fund of Kentucky in the Barbourville office. Mr. Gray began his career with the Law Office of the Hamilton County Public Defender in 1998 and has been committed to the zealous representation of the indigent accused ever since. Edell was trained at the nationally renowned National Criminal Defense College in Macon, Georgia. Edell is a dedicated trial attorney and he strongly believes there are a number of reasons why our founding fathers instituted the constitutional right of trial by jury and that a trial by jury should only be waived under unique and peculiar circumstances. Edell embraces the idea that he is a defender of the presumption of innocence and that each person is entitled to a vigorous and creative defense with the expectation of victory. Edell will bring passion to your cause, with the hopes of resolving your case favorably. As a result of this attitude, here are a few people who benefitted, where his efforts were not in vain: State v. McHatten - The accused was charged with Aggravated Murder (Special Felony), Aggravated Burglary with Specifications, Felonious Assault with Specifications, Attempted Murder (Special Felony) with specifications. After a trial to the jury, Mr. McHatten was found Not Guilty and acquitted of all charges. Co-Counsel Thomas R. Koustmer. B1504683. State v. Alexander - The accused was charged with a Felonious Assault-Felony of the 2nd Degree, Child Endangering-Felony of the 2nd Degree and Child Endangering-Felony of the 3rd Degree. After a trial to the jury, Ms. Alexander was found Not Guilty and acquitted of all three charges. Co-Counsel Arica Underwood. B 11 04895. State v. Milligan - The accused was charged with Burglary a Felony of the 2nd Degree. After a trial to the jury, the court granted a Rule 29 motion and Mr. Milligan was acquitted by the court. B 12 00392 – 1. State v. Colbert - Stokes. The accused was charged with Murder with Specifications, a Felony of the 1st Degree. The case went to trial before the court, after hearing the evidence and arguments of Counsel, the court found Mr. Colbert-Stokes not guilty. Co-Counsel Brian Anten. B 11 06151 A State v. Walker - The accused was charged with Drug Trafficking a Felony of the 4th Degree. The matter proceeded to trial before the court. The charge was reduced to a minor misdemeanor. B 11 05027. State v. Wynn - The accused was charged with Operating a Vehicle Under the Influence of Alcohol 2nd time in six years with a refusal. After a trial to the jury, the jury found Ms. Wynn not guilty. 08 TRC 63064 A State v. Kimbrough - The accused was charged with Aggravated Murder, Murder and 2 counts of Felonious Assault. After a plea of Not Guilty by Reason of Insanity and a trial to the bench, the court found Mr. Kimbrough Not Guilty by Reason of Insanity on all charges. Co-Counsel Thomas R. Koustmer. B1500368. Case decided on May 9, 2017.